On the occasion of Tiger day, I would like to draw the attention of my fellow travellers and environment watchers tot eh plight of Corbett Tiger Reserve. 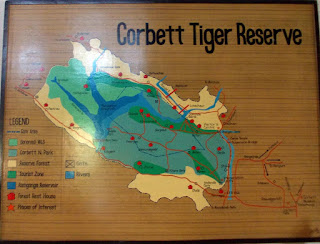 On my recent visit to the Reserve, I was excited to know that there has been a steady increase in the eco-tourism space around the reserve. More area was being covered under the Buffer zone allowing tourists a grander experience. The Corbett Tiger Reserve is spread across 521 square kilometres and is Asia's first of its kind. If one is to include the neighbouring Sonanadi Wildlife Sanctuary and reserve forest areas, the complete stretch of this tiger reserve stands at 1,288 sq km which is steadily expanding.

I was booked at the Aahana Resort, which lies in the buffer zone of the reserve. The in-house naturalist took us for a guided safari the next day. The driver of the government-approved vehicle was a local named Suresh Kumar. His family had lived in these part for decades. He was the quiet sort, mumbling sullenly only at the sight of noisy travellers in other jeeps. It was when we stopped in the middle of the reserve as the naturalist from the resort had to relieve himself, to my absolute shock as jeeps are not supposed to stop let alone allow visitors to leave the vehicle in the reserve, that I asked him about life in the jungle. 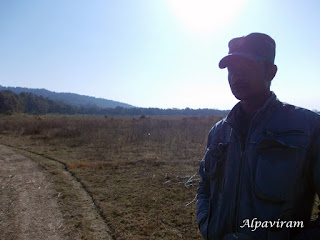 "There's nothing left here. No one follows the rules. People throw money at us and do what they want. No one wants to work with the reserve for long, there is only so much one can tolerate. People come here day after day and yell at drivers because the tiger did not come out. Visitors wear flashy clothes, shout in the jungle and throw plastic everywhere. Will any wild animal come out? Every year the government declares that new space has been included in the jungle. Then, more hotels come up. More people come and make more noise. The animals run away from them. Only a few men in my village had seen a leopard when I was growing up, now the leopards come at night or day. The animals have started moving out of the forest more frequently and into the villages." 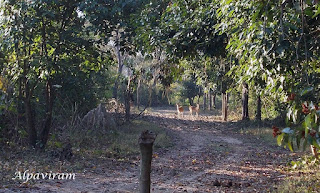 The naturalist had returned and our conversation came to an abrupt break. We carried on to a dried up river bed at the heart of the jungle. We stopped here for breakfast and tea. The naturalist was away to take yet another 'natural' break and I took the chance to pick up the conversation from where Suresh had left it. "There's nothing to say madam," he said. "If the bosses find out that I am talking to you then I will lose my job." Disappointed, I headed up the machan by the riverside to look at the forest and wonder why humans had been so unkind to it. 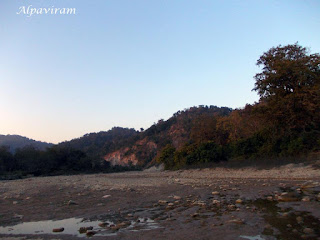 Just before we left the core area, Suresh stopped suddenly and pointed to the track on which we were driving. That is all I saw of the King, the pawprint. 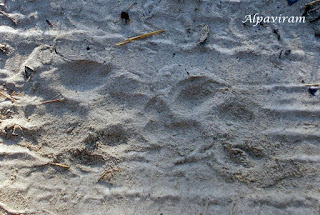 We spotted a jackal on the drive back but nothing apart from a few birds in the forest. 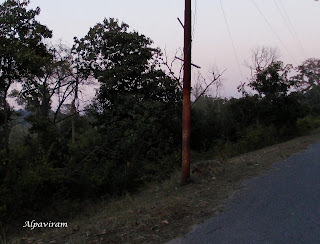 Then by a stream and in the golden evening light, we saw a tree full of honey beehives. 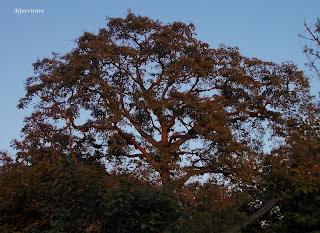 There was much to ponder over as I watched the setting sun. Was the sun also setting on the happines of the residents of the Corbett Tiger Reserve? 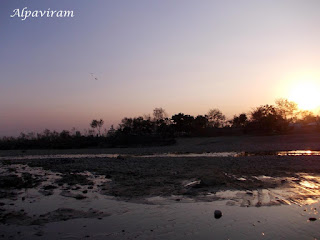 Much needs to be done to restore Corbett's former glory. As visitors, it is our responsibility to treat the forest with respect and pay close attention to our behaviour. Should we not be comfortable to align our manner with those required of us in the forest, we must not venture near it. A friend had once correctly mentioned, "you may not live in the forest but wherever you are, the forest lives in you." We should make amends as soon as we can. Educate ourselves, friends and family to be repsonsible, to be human. 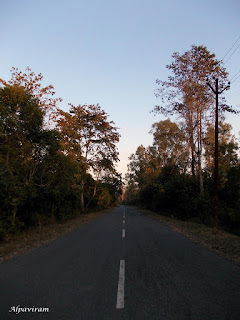 On July 9, 1969, India declared the Royal Bengal Tiger as its national animal. The majestic big cat has been the symbol of India since time... 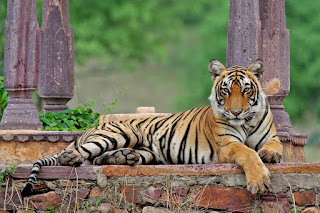